LeanPocket (sometimes stylized as “LeanPOKT”) is a configuration that enables multiple Pocket instances to run on a single process, allowing node runners to consolidate resources, resulting in better scalability and reduced hardware costs.

LeanPocket is a feature available from version 0.9.2 and above.

Pocket Core is a multi-threaded application, however, historically it has only allowed for one node per process. This means that if you wanted to run multiple Pocket nodes on the same server, each node, running its own isolated process, would each use their own resources: RAM, disk space, network throughput, etc. As many aspects of nodes use shared resources (copies of the blockchain, most notably) this was deemed very inefficient.

For example, at the time of writing, a Pocket node requires a minimum of 500GB of disk space and 16GB of RAM, and that’s not including the requirements of the other chains the node may be servicing.

LeanPocket is an optimization to the core client to allow nodes to share resources, significantly reducing resource requirements. This is a non-consensus-breaking change to the client.

The following charts show the benefits of implementing LeanPocket in your node fleet, though individual results will vary. 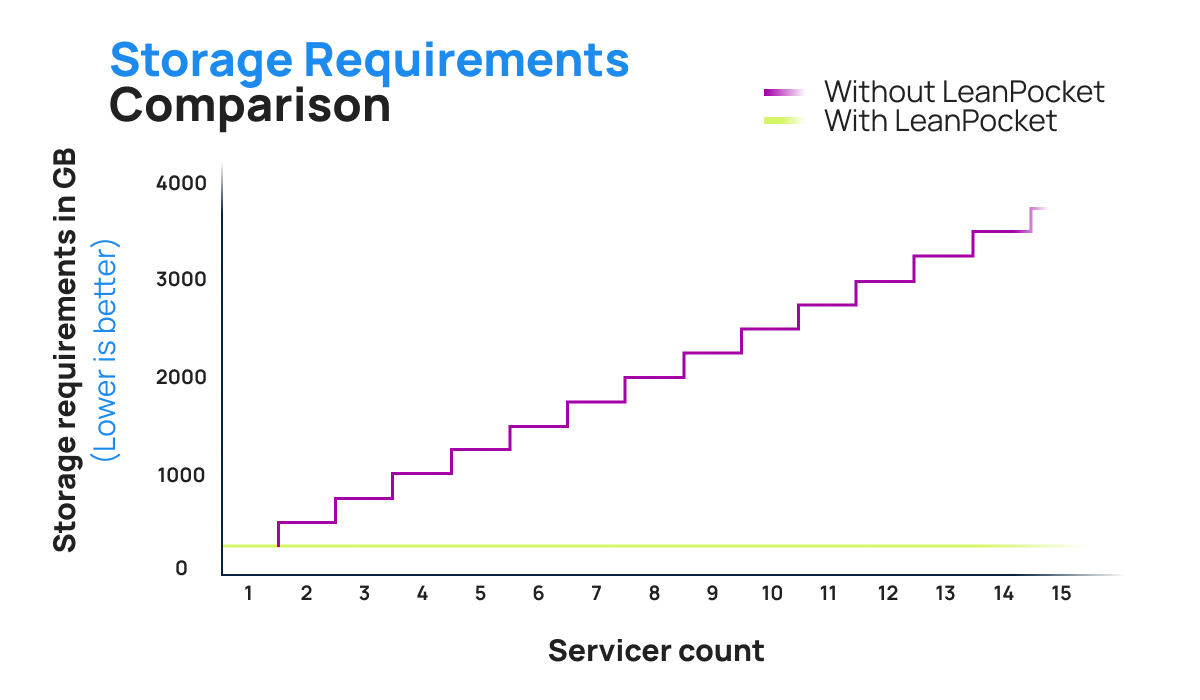 LeanPocket is specifically geared toward multiple nodes running on the same server. If you are running a single node, or wish to keep each of your nodes running on different servers, LeanPocket will not have any benefit or effect.

When the Pocket Core process first starts, if LeanPocket is activated, it will try to initialize an evidence and session cache for each node.

Therefore, you will see output like this in the logs:

For more information on LeanPocket: